Since the magic of cinema and books, people’s imagination has grown and sparked. When people see their favourite characters come to life it helps them see themselves as the main heroes (or villains if that’s what suits them). This also helps people to re-enact their favourite moments with the characters they love.

The beauty of games, especially role playing games, is that not only can people live out stories but create something new and unique to them. The main difference between films/books and role-playing games is that the story of the latter is not set in stone and is decided purely by the players and the actions they take within the plot.

Gaming for me has always been a gateway to another world where my imagination can come alive. It also has been a way for me to be open and more social among others as it has been a big part of my life. I started back when I was about 6 years old with Heroquest being my first game with the family and I have been hooked ever since.

Role playing games like Dungeons and Dragons can form very strong communities. The dungeon master (the person who runs the story for the players) has a huge role as they create the world, the characters and the history. With all these combined, it makes the adventure feel alive and gives the best experience possible for the players leaving them wanting more.

The players also make the difference as their actions with the characters help shape the world around them and challenge the dungeon master to adapt and rise to the challenge of keeping the players on their toes.

Before literature, story telling used to be more interactive when people would gather around a campfire and tell their tales to each other. With books however, even if they do provide an adventure, it is a more solitary experience with not a lot of interaction between people. The author writes their story alone and the readers would then read it later usually in their own solitude. Games and roleplaying games help bring back that campfire experience where people gather not only to tell a story but to live it.

That’s what we aim to do with our work. We would like to make games and stories that are accessible to a wide audience, so they can have their own moments of being a hero in a world they can also shape. 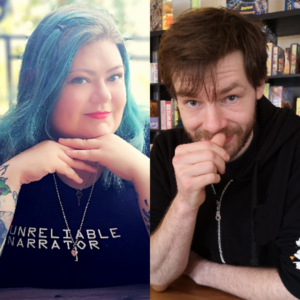